Jeddah (sometimes spelled Jiddah or Jedda ; English pronunciation: /ˈdʒɛdə/; Arabic: جدة‎ Jiddah or Jaddah, IPA: [ˈdʒɪddæ, ˈdʒæddæ]), is a city in the Tihamah region on the coast of the Red Sea and is the major urban center of western Saudi Arabia. It is the largest city in Makkah Province, the largest sea port on the Red Sea, and the second largest city in Saudi Arabia after the capital city, Riyadh. With a population currently at 4.3 million, Jeddah is an important commercial hub in Saudi Arabia.

Jeddah is the principal gateway to Mecca, Islam’s holiest city, which able-bodied Muslims are required to visit at least once in their lifetime. It is also a gateway to Medina, the second holiest place in Islam. Economically, Jeddah is focusing on further developing capital investment in scientific and engineering leadership within Saudi Arabia, and the Middle East. Jeddah was independently ranked 4th in the Africa / Mid-East region in terms of innovation in 2009 in the Innovation Cities Index.

Jeddah is one of Saudi Arabia’s primary resort cities and was named a Gamma world city by the Globalization and World Cities Study Group and Network (GaWC). 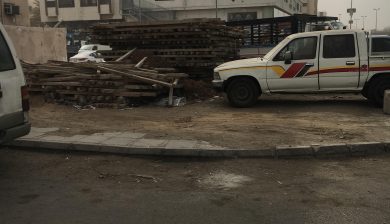